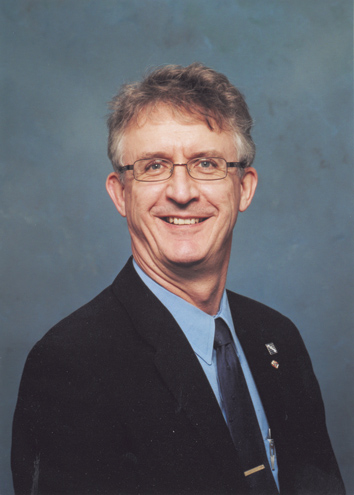 During his nearly 20-year association with the Upper Canada Chapter, the dedication, energy and abilities of Robert Gravelle, P.Eng., have made him a role model for volunteers.

Bob has been involved on the executive of the Eastern (and now Upper Canada) Chapter since joining the chapter in 1989. During this time, he has enthusiastically given his time and experience to ensure the chapter runs smoothly. He can always be counted on to volunteer, organize and lead activities to promote the engineering profession, and has represented the chapter at many Eastern Region Congresses, which he has helped to host several times.

He has tirelessly championed his chapter’s Model Bridge Building Competition since the event’s inception in 2000, and as the competition’s chair has worked to raise its profile as part of Ontario’s National Engineering Week activities. His participation as a judge at the United County Science Fair and recently at Iona Academy (where his children attend) further underscores his commitment to and interest in the profession and its future.

A strong supporter of the Martintown community, Bob is an active member of the Knights of Columbus service organization and has been a member of the St. William’s Parish Leadership Team for the past four years.

“Besides the personal gratification from the experience, I enjoy volunteering for the new friendships developed, the improvements made in one’s community and the leadership skills gained,” he says.

An entrepreneur, Bob has also helped build a successful engineering firm that has been recognized by the local chamber of commerce as a business of the year.