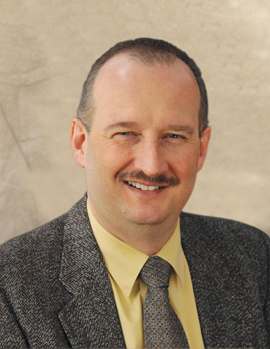 A volunteer with PEO since 1993, professor Richard G. Zytner has strengthened the engineering profession in the Western Region.

Richard became involved in the activities of the Guelph-Cambridge Chapter when he was elected to the chapter executive in 1993. Later that decade, he helped facilitate the chapter’s merger with the Kitchener-Waterloo Chapter to form the Grand River Chapter, which has benefited from harnessing the volunteer resources of both original chapters, including engineer Zytner.

A member of the executive of the new chapter ever since, Richard introduced many new programs to increase chapter membership and insisted an event be held every month, consolidating the chapter’s reputation as one of the most active in the Western Region. He has helped organize technical tours, guest speakers, licence presentation ceremonies, golf tournaments and National Engineering Week activities, a continuous presence for local engineers and engineering students alike.

At the regional level, Richard sat on the PEO task force that established the Student Membership Program (SMP) and also helped to arrange publication of Contributions to Professional Engineering from the Western Region, a book written by PEO chapter volunteers chronicling the early history of engineering in southwestern Ontario. In 2009, he was recognized as a Fellow of Engineers Canada.

The point of contact for University of Guelph engineering students having questions about PEO, Engineer Zytner teaches his students: “Your engineering education is not complete until you have your P.Eng. designation. It's a ticket to mobility.”