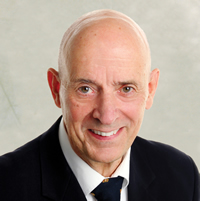 Since his induction into the Order of Honour as a Member in 1996, Colin Moore has continued to be a role model and great ambassador for the profession, providing countless hours of inspiring volunteer leadership to PEO at all levels.

In 2002, he was elected to his first of five, consecutive, two-year terms as a West Central Region Councillor. During these 10 years, Colin was a member of several important committees, including the Regional Councillors Committee, whose work led to improved practices for evaluating chapter budgets and tracking resources used, and the Discipline Committee, which led to his appointment to the Experienced Practitioners Task Force whose recent recommended changes to the discipline process are being considered by the current council. He also made recommendations that improved the association’s financial practices while a member of the Audit Committee, and continues to contribute to the development of practice guidelines and standards through the Professional Standards Committee, which he chaired for four years.

As a member of the Professional Development Committee, Colin was instrumental in creating a chapter mentoring program for engineering interns, an initiative on which the successful, province-wide Licensure Assistance Program is based.

During his time on council and since, Colin’s enthusiasm for promoting the profession locally has never diminished. He has continued to be an active member of the Mississauga Chapter executive, on which he has served continuously for 30 years with terms as chair, vice chair, secretary and treasurer. Additionally, he was a driving force in bringing PEO’s annual general meeting to Mississauga in 2003.

Always one to put the interests of the profession first, Colin was a key figure in the early development of PEO’s Government Liaison Program, successfully implementing the program in his chapter and ensuring that politicians from all levels of government participate in chapter events.

Speaking to his PEO service, Colin says: “I immigrated to Canada from a country which did not have a regulated engineering profession and recognized the value of the Professional Engineers Act in Ontario, so I determined to support and enhance the Act in any way that I could.