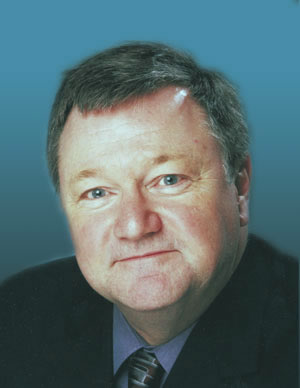 According to one Eastern Region Councillor, Charles Kidd’s service to PEO can be described as a “life of quiet dedication”. Over the years, he has filled various roles as needed to keep his chapter active and relevant to members.

In 1990, Engineer Kidd chose to start dedicating a significant amount of time to the Thousand Islands Chapter. He was active on the Chapter Executive as a Director and Vice Chair, and participated in various Education Outreach activities. These included serving on the executive of the Rideau-St. Lawrence Science Fair and contributing to the Chapter’s production of “King Kilowatt and the Engineers’ Quest,” presented to the students of three local elementary schools.

After moving to Peterborough in 1992, Charles joined the Peterborough Chapter Executive and acted as Education Outreach Coordinator, Vice Chair, and Chair. Under his leadership, Peterborough became one of PEO’s most active chapters. His “quiet” contributions also include serving as webmaster and newsletter editor, organizing a project to provide science textbooks to a local adult high school, and playing a significant role in coordinating the chapter’s involvement in the Hope Mill restoration project.

It is for this diligent service to the profession that Professional Engineers Ontario is pleased to invest Charles Kidd as a Member of the Order of Honour.