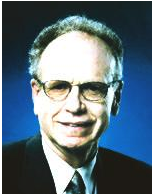 As a founder of a Canadian-based, specialty-engineering firm, William Rowan has been involved with significant achievements in the field of wind engineering for the last 30 years. Once a small part of the Morrison Hershfield Group, Rowan Williams Davies and Irwin Inc., also known as RWDI, has become the world's largest, privately-held consulting engineering firm specializing in wind engineering. The company has a staff of over 200 and offices in Guelph, Calgary, Vancouver and California. RWDI was built on a technique that used scale models to simulate snow drifting in a water flume, developed by a group headed by engineer Frank Theakston, a professor at the University of Guelph, and commercialized by a team led by William Rowan. Started in 1972 as a two-person basement operation, it has grown continuously since to the point that its services are in high demand for some of the most technically complex projects in the world. To determine the impact of a development on its environment, or vice versa, RWDI builds miniature replicas of bridges, skyscrapers, city blocks, roadways and rail lines and subjects them to simulated weather conditions in wind tunnels. Over the years, its models have improved the design integrity and public safety of thousands of structures, including the world's tallest buildings and longest span bridges, as well as major hospitals, research facilities, casinos, convention centres and sports facilities. In the mid-1980s, the company was recognized with an Award of Excellence from the Association of Consulting Engineers of Canada for its wind-gate concept, which was developed to protect people from wind and blowing snow in a downtown Buffalo, New York, shopping mall. The company was honoured again the next year by the same association for a study to remedy problems in ventilating exhaust fumes from VIA Rail Canada's diesel locomotive repair shops in Toronto. Adding lustre to its growing reputation, RWDI was engaged in the late 1980s to build a scale model of Toronto's SkyDome, to assess the impact of environmental and weather conditions on the world's first retractable domed roof. Throughout his career, William Rowan has been highly regarded for actively maintaining a balance between his professional and personal lives. And although he stepped down from an executive role in 2002, he continues to meet with the firm's prospective clients across North America and advises the current management team as a director on the board. The succession policy he initiated has enabled the company to continue to prosper and expand.