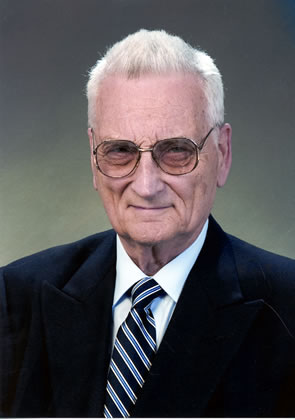 For more than 50 years, Thomas Szirtes, PhD, P.Eng., has made numerous outstanding contributions to the practice of mechanical and biomedical engineering.

Dr. Szirtes began his engineering career designing and testing diesel motors in his native Hungary in the early 1950s. Making Canada his home in 1956, he worked for the next 37 years with leading Canadian engineering companies like RCA and Spar Aerospace in the advanced, high-technology environment of telecommunications, satellite tracking, robotic space manipulators, and remote tools for the nuclear industry.

During 16 years with Spar Aerospace, Dr. Szirtes made ground-breaking contributions to our country’s space program, including his work on the development, design, manufacturing and installation of the instrumentation commonly known as the CANADARM, for which he received the company’s Certificate of Appreciation and the NASA Achievement Award for Excellence.

While at Spar, he was instrumental in creating an innovative and safer operating environment through the design and development of a remote-controlled system to replace the fuel channels of a CANDU nuclear reactor. The success of this project led to his participation as a Canadian Consultant Representative on an international team of engineers designing the remote-controlled maintenance system for the TOKAMAK atomic fusion reactor at Princeton University’s Plasma Physics Laboratory.

He is the holder of five U.S. and world-wide patents, and authored a definitive 850-page textbook,Applied Dimensional Analysis and Modeling, now into its second edition. He has also published over 80 scientific and engineering papers, and was the founding editor of the Spar Journal of Engineering and Technology.

Following his retirement from full-time work in 1993, Dr. Szirtes consulted for industry and academic institutions in the fields of mechanisms, structures, mathematics, space-based systems and celestial mechanics.