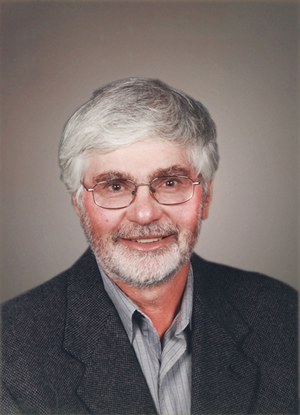 For over 30 years, Robert Bryant has demonstrated superior commitment, expertise and leadership in advancing engineering standards for the petroleum and natural gas pipeline industry. As a senior technical advisor at Union Gas, he has dedicated his career to the safe and reliable delivery of energy for the benefit of Canadians.

Since joining Union Gas in 1978 as its first metallurgical engineer, Bryant quickly helped to influence, develop and change many of the company's welding procedures and metallurgical pipe and component specifications. This early work is the foundation for the pipeline and design practices and procedures still used by Union Gas today.

He has been involved with each of the company's large scale pipelines, including serving as the engineering project lead for the installation of the initial sections of a 48" pipeline from Dawn, Ontario (35 km southeast of Sarnia) to Toronto. Because this was the first installation of a 48" natural gas pipeline in the Union Gas system, he also led the work to determine specifications for installing this size of pipe.

Recognizing the need to pass on utility operations and engineering knowledge to less experienced engineers, Bryant has been instrumental in developing and delivering an engineering technical training program on the oil and gas industry for new engineers and engineering interns at his company.

As an ambassador for the Canadian Standards Association (CSA), Bryant has also been influential in raising the bar on public safety with respect to oil and gas pipeline systems. From 2003 to 2007, he chaired CSA's Technical Committee on Petroleum and Natural Gas Pipeline Industry Systems, a group comprising over 40 of the industry's top technical people, and ensured that engineering principles were followed in developing national standards. His work on numerous committees has raised the credibility of the CSA process with regulators and with the pipeline industry, and he was awarded CSA's "Award of Merit" in 2007. This award is given by the CSA to a person who has demonstrated leadership in developing Canadian voluntary standards and advancing the purpose of CSA.

Bryant's technical expertise has also earned him the respect of the Ontario Energy Board, where he has testified at many hearings into projects to build new pipeline systems.