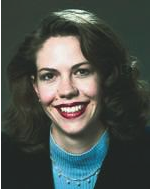 Since becoming a licensed engineer in 1997, Jennifer Moylan has achieved professional recognition for developing and introducing a new industrial software product and been involved in engineering education outreach and advocacy initiatives. She has been called "an outstanding example of a young person who makes engineers proud of their profession". In her most recent role as Director, Product Management, Moylan has worked closely with CaseBank Technology's clients to determine the future direction of the company's software technologies. She has been instrumental in developing and introducing a new software product called SpotLightTM that uses case-based reasoning to identify and solve problems in aircraft maintenance and other complex areas. She was specifically responsible for the application of the product to Honeywell Aerospace's turbofan aircraft engines and has installed the software and trained Honeywell field service engineers around the world. Moylan's innovations have contributed to industry recognition for the Spotlight software and diagnostic knowledge management concept. The product was named one of the world's top innovative aerospace products of 1998 by Aviation Week and Space Technology magazine. In 2003, again resulting partly from her work, CaseBank received an innovation award from the National Research Council of Canada. These achievements demonstrate the competence and maturity she brings to the job. In 2000, she joined PEO's Engineer-in-Residence educational outreach program to volunteer with fourthgrade students at Pineview Public School in Georgetown. She led a project about the mechanics and technologies of catapults, which was successful and well received. Moylan has devoted a significant effort to supporting the profession through speaking at local engineering chapter events and through serving as Treasurer of the Ontario Society of Professional Engineers during its first full year of operation. In November 2002, she was appointed as a Director of the Canadian Society of Professional Engineers.