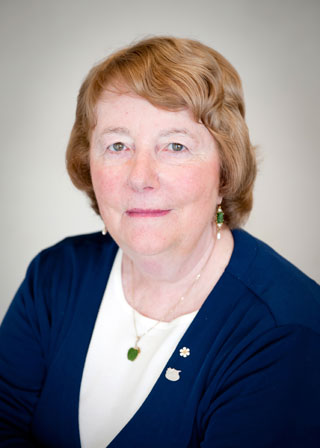 Throughout her 40-year career, Monique Frize has been at the forefront of her field of biomedical engineering, while emerging as the pre-eminent advocate for the advancement of women in the profession. To recognize her work in both areas, she has been presented five honorary doctorates from Canadian universities, and is a Fellow of the Canadian Academy of Engineering and of Engineers Canada, and an Officer of the Order of Canada, the country’s highest civilian honour.

She was the first woman to graduate from the University of Ottawa with a bachelor’s degree in electrical engineering, the beginning of a career spent leading the way in both biomedical engineering and the participation of women in the profession. In 1989, Dr. Frize became the first holder of the Northern Telecom – Natural Sciences and Engineering Research Council (NSERC) Chair for the promotion of women in engineering in Canada. As a result of her work, by 1995 the number of women graduating from engineering had risen to nearly 19 per cent, up from 14 per cent in 1990. In 1996, she was instrumental in unifying similar voices across the country through a NSERC ad hoc committee, leading to the creation the now well-known network of five regional NSERC chairs.

Drawing on her own experience and those of other pioneering women, she wrote the book, The Bold and the Brave: A history of women in science and engineering, which was published just a year ago.

A renowned researcher and expert in biomedical engineering, Dr. Frize is one of very few researchers in Canada who has held research funding from all three federal funding Councils and from the Canada Foundation for Innovation. She has more than 250 peer-reviewed publications on the subjects of clinical decision support systems, medical imaging, biomedical instrumentation and ethics. She was issued a patent in 1987. Between 1990 and 2000, Dr. Frize worked in Bangladesh, Haiti and Morocco, helping these developing countries manage their medical devices.

She has been married to Peter Frize since 1968. They have a son, Patrick Nicholas.