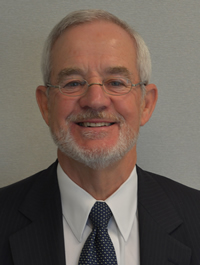 Over his 45-year career, Dave Purvis has developed and commercialized Canadian and other technologies around the world and advanced the growth of the engineering profession in Canada.

A holder of several patents in the area of ethylene and polymer production, Purvis has been integral in the development, commercialization and licensing of the SCLAIRTECH polyethylene process. It was under Purvis’ leadership within the above organizations in the 1980s and 1990s that this technology was successfully licensed globally. This success manifested itself in the engagement of Ontario-based engineering organizations in many new and challenging global activities. In the late 1990’s he was instrumental in supporting NOVA with its Sarnia based Advanced SCLAIRTECH demonstration plant and in the formation of a joint venture between Stone & Webster and Colt Engineering to design-build the first commercial plant in Joffre, Alberta. In 2012, Purvis was pivotal in forming the NOVA and WorleyParsons (Markham) relationship that was needed for the second Advanced SCLAIRTECH polyethylene plant planned for Sarnia.

Purvis’ efforts to promote and license technologies from an Ontario base also included a major relationship with SABIC Innovative Plastics (formerly GE Plastics) for the successful licensing of acrylonitrile, butadiene and styrene (ABS) and polystyrene (PS) technologies to China and the Kingdom of Saudi Arabia.

Purvis has also had a hand in the design, construction and operation of many Ontario projects, including the Bruce Heavy Water Plant, the Cameco (formerly Eldorado Nuclear) uranium plants in Elliott Lake and Port Hope, the NOVA SCLAIRTECH polyethylene plants in Sarnia, the Esso Chemicals polyethylene plant in Sarnia and the DuPont Canada nylon 6,6 plants in Kingston. In all instances, he actively promoted responsible care and excellence in health, safety and environmental engineering.

A former adjunct professor at the University of Toronto, Purvis continues mentoring and developing engineers at WorleyParsons as a consultant and is pursuing global polymer and petrochemical opportunities.