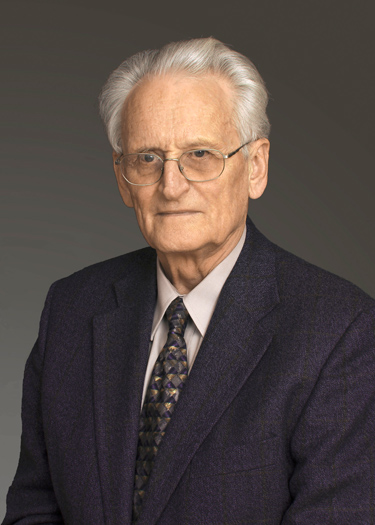 For more than a decade, C.K. (Ches) Jonys, Ph.D., P.Eng., has demonstrated outstanding leadership on the executive of PEO's Etobicoke Chapter.

During his 12 years of involvement, Ches has worked diligently to maintain a strong chapter executive, twice serving as chair – with his second term coming despite ongoing personal commitments at a time when experienced candidates were unavailable. As part of succession planning efforts, he recruited new licensees to the executive and established templates for their expected duties, making the workload considerably less for those who followed him.

Ches was also instrumental in increasing the number and effectiveness of multi-chapter events in the West Central Region. As a result, several chapters have benefited from richer programs at lower costs. In 2005-2006, he chaired the chapter's By-Law Subcommittee, which drafted and presented a revised Chapter By-Law subsequently approved at the chapter's 2007 annual general meeting.

Saying he is “grateful for having had the wisdom to choose the profession of engineering for a life of enriched fulfillment,” Ches has also exemplified the virtues of a professional engineer through volunteer work in his community.  Elected to the Board of Directors of a Credit Union, he served three years as president. He currently serves on the Board of Directors and is the "computer guru" for the community's non-profit weekly newspaper with a world-wide circulation.

“Besides the personal gratification from the experience, I enjoy volunteering for the new friendships developed, the improvements made in one’s community and the leadership skills gained,” he says.

An entrepreneur, Bob has also helped build a successful engineering firm that has been recognized by the local chamber of commerce as a business of the year.