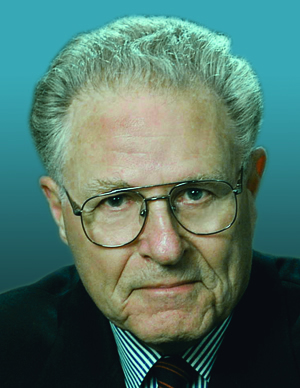 Including his two terms’ service as a Lieutenant-Governor Appointee to PEO Council, Robert Goodings has played an influential role in shaping the Ontario engineering profession as it is today.

A member of the Complaints Committee, Engineering Goodings has also served on a number of special task groups looking at such issues as a PEO policy on harassment and the production of PEO’s Guideline on Human Rights in Profession Practice, and a review of the current Certificate of Authorization policies and process. He was also a member of the Admissions, Complaints, Discipline and Enforcement Task Force.

During his time on Council, Bob also became a passionate believer in the necessity of separating licensing and regulation of engineers from advocacy for them. His efforts as Chair of the Joint Advocacy Implementation Committee led directly to the formation of the Ontario Society of Professional Engineers. In recognition of his commitment to the fledgling organization, he was appointed by PEO to sit as a Director on its founding board. Later, he became its first elected President and Chair.

Engineer Goodings chaired the Society’s Safe Drinking Water Task Group, making submissions to Walkerton Inquiry Commissioner Dennis O’Connor and to the Provincial Parliamentary Committee on Safe Water. The province now recognizes, in legislation, that a professional engineer is required to have input to the operation of potable water systems.

Robert Goodings is a relentless advocate on issues affecting engineering and the public’s well-being. For his tenacious commitment to the profession, PEO is proud to invest him as an Officer of the Professional Engineers Ontario Order of Honour.