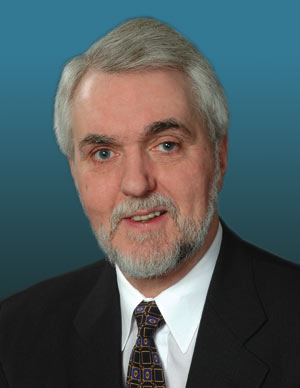 During his many years of service to the Kingsway Chapter, on Council and committees, and by representing PEO in the engineering community, John Turner has made lasting contributions as a leader and positive role model.

Engineer Turner has been involved in the Kingsway Chapter since 1989, including a term as Chair. His extensive contributions to PEO includes service as West Central Regional Councillor, during which he was a member of the Regional Councillors and Chapter Special Projects committees and chaired the Regional Nominating Committee. He has also served on the Advisory Committee on Salaries and the Discipline Committee, and represented PEO on the National Engineering Week Ontario Steering Committee.

Currently, John is a member of the PEO Audit Committee and of the Joint Management of PEO and the Ontario Association of Certified Engineering Technicians and Technologists (OACETT). He is also PEO’s appointee on the OACETT Council, a key position that gives PEO input into the governance of these members of the engineering team. Previously, he was PEO’s representative on OACETT’s Institute of Engineering Technology of Ontario.

Engineer Turner has also played an active role on technical committees for engineering standards development through the International Electrotechnical Commission and the Canadian Standards Association, and helped to organize and act as webmaster for conferences of the Institute of Electrical and Electronic Engineers and the Engineering Institute of Canada.

It is for such valuable contributions to his profession as every level that Professional Engineers Ontario is proud to invest John Turner as a Member of the Order of Honour.