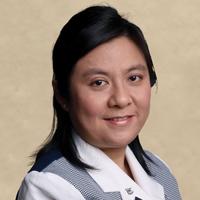 Described as an outstanding leader in managing the business aspects of the York Chapter and a source of inspiration to its volunteers, Sarah Jin has worked diligently for 12 years to extend the chapter’s involvement in the community and increase networking opportunities for members.

To increase the engagement of members in chapter activities, Sarah organized a number of successful networking events, such as boat cruises and an annual charity golf tournament. The golf tournament is now sponsored by local businesses and provides funding for the chapter scholarship program for high school students entering a university engineering program. And, as a result of her management of its budget, the chapter has been able to add four additional scholarships to the number it provides, bringing the total awarded annually to six.

Sarah has also shown initiative in exploring new avenues to advance the profession in her region. She organized a brainstorming retreat for the chapter executive that led to the development of an award to recognize outstanding projects of local engineering businesses. This concept is aimed at promoting the chapter to area companies and providing them a means to recognize engineer employees who are actively involved in the community. The chapter’s first annual “Engineering Project of the Year Award” was presented in February 2013 to AMD’s Accelerated Processor Unit.

A strong supporter of engaging elected officials in chapter events, Sarah facilitated a study in 2008 at the request of her local member of provincial parliament on the future power requirements in the region. The study evolved into a discussion paper that was presented at a town hall meeting to local residents, government representatives and engineers, showcasing the chapter’s involvement in community affairs.